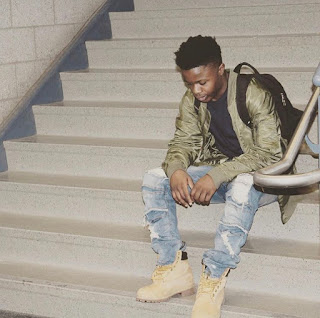 Longlivehshawn, a talent who is starting to become a well-known name in Massachusetts. In his Junior year of high school, Longlivehshawn had an important decision to make between basketball and music. Longlivehshawn said, “I had asked god let me know which I should take, is it music or the NBA.” The decision he made is music and now the rest is history.
In Longlivehshawn’s family, music is something he and his older brother are both very involved with. Longlivehshawn mentioned how his brother inspired him. When talking about his older brother Longlivehshawn said: “he’s been doing music longer than me and he made some really big numbers on SoundCloud.” Longlivehshawn also mentioned A Boogie and Michael Jackson as inspirations because of how they have unique sounds and how they can expand their talents better than most artists.
Longlivehshawn’s music stands out to many because he likes to switch his style up in his music, he likes to mix his rap style and his R&B style and find a way to stand out. He mentioned “I’m trying to blend my singing with rapping and make it smooth but also stand out like how confusing was when I said at the end “I called you my baby, I called you my babyyyy yeah” that part gave an R&B feel.” The song he mentioned here “Confusing” has been a hit on SoundCloud with over 185,000 plays and counting. Other than his hit “Confusing”, Longlivehshawn has had four other hits adding up to over 689,000 plays in just his top five songs on SoundCloud.
Longlivehshawn has his biggest opportunity in music so far coming up in the near future. He is co-heading a show at Sonia with Fajita (article released last week). Longlivehshawn hopes to get a huge crowd for the show and hopes to put on a performance everyone will remember. When asked what his fans should expect in the near future Longlivehshawn responded with “My fans should expect that I’ma always be on my grind to the top and my mane goal is to inspire millions of people also put my city on the map when gonna be know for music soon  #masstakeover #longlivehshawn.”