Lil Hrtbrk: From the Streets to the Studio 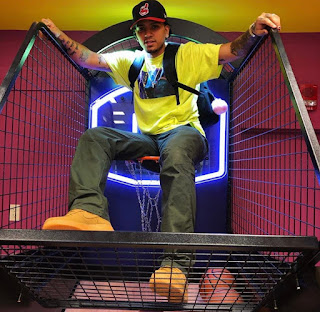 About 9 to 10 months ago Lil Hrtbrk had no idea he would be where he is today. Music was something Lil Hrtbrk never really wanted to do, he claims “it just came to me.” Lil Hrtbrk has dropped songs such as “Notice” and “Tired” which have both accumulated over 2000 plays on SoundCloud.
When I asked Lil Hrtbrk who inspired him to make music he said “This question is so hard because so many people ask me this question and it doesn’t really have an answer. My girl asked me and also a lot of my boys asked me, and it’s weird because a lot of people always told me I look like an “ ill SoundCloud rapper”.” Lil Hrtbrk has also had his struggles in life. He has had a hard time finding a job due to previous convictions. Lil Hrtbrk decided to change his life and get off the streets and he has now found himself making music.
Lil Hrtbrk has found himself backstage at some impressive rap events, but his biggest opportunity to date was when he met Buttr. Lil Hrtbrk said “I linked up with this dude and he brought me around the whole Love Legacy team, they have opened up my ears to music and everything else about music. From sound to mixing to producing to mentality.” Lil Hrtbrk also mentioned that Love Legacy has a huge show coming up called FamiLLy Night on June 13th at Sonia in Cambridge.
Lil Hrtbrk has many sounds in his music, and he believes this is a major reason as to why his music stands out. He says “I would say that music stands out just in the sense that in Boston no one is really making music the way I am, Boston music all has the same sound to me. It’s always that hardcore rap and bar for bar type of rap. My music comes in all types of forms and I wouldn’t consider myself a rapper. Because I don’t spit bars, I kinda just play with melodies and make them fit.” Lil Hrtbrk’s sound is unique and you can see that in each one of his songs.
Although Lil Hrtbrk is new to making music he sure has found a way to make himself stand out. Lil Hrtbrk has a project coming soon, and he is always working exploring sounds for his new music. Lil Hrtbrk will have more concerts coming soon as well as more interviews to keep on showing people what he can do.