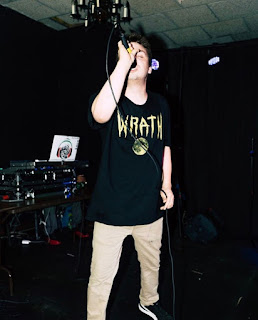 Now two albums in Hero has started to create a new old-school sound in Massachusetts’ rap game. Hero started creating music about four years ago, but Hero has been listening and studying rap music for as long as he can remember.
Hero is very self-driven, when I asked him what inspired him to start rapping he said “Two things, Boston and GangStarr. I love my city, it’s where I’m from and I’m trying to get this place back on the map. For the music inspiration, GangStarr is so smooth, and message and beat-making go hand in hand. I mean hell, it’s GURU and DJ Premier what else can I say.
When I first listened to Hero I noticed an old school sound about him. I loved this sound. Personally, Hero reminded me of a classic Eminem. Recently, Hero dropped his album “Mission Hill”.  When I asked Hero about what Mission Hill meant to him, he responded with “Everything. In short, it’s an open door, an outstanding platform for me and my music.”
Hero’s goal in music is to “bring that Old School Hip Hop Back. I’m talking about the highest form of lyricism with smooth samples and scratch hooks.” Hero also mentions “there are very few artists paying homage to those who came before and staying true to the foundation of hip-hop.”
Hero’s rap career has just begun but he has started to do a lot of big things around the city. He has been able to start booking shows and create a name for himself around Boston. Hero’s biggest accomplishment so far was placing second at an artist showcase tour! The tour returns to Boston in September and Hero strongly believes he can place first at this event.
Hero has a voice, not a lot of Boston artists have. Hero’s still is very unique in Boston and he can flourish with his lyrics. I am looking forward to seeing what is next for Hero. Hero is on a grind and nobody will get in the way of reaching his ultimate goal of being on top of the rap game.