Vasjan Zisi: The Promoter Who is Making Big Moves In The Music Industry 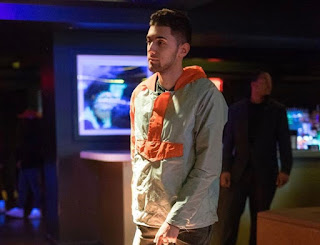 VasJan, also known as Vas, moved to the United States from Albania last year. Since moving here he has made a quick impact in the Northeast. He had been a promoter at some of Albania’s best known clubs such as Cinco Cavalli and Folie Terrace. In his time in Albania he has met some of Albania’s most famous artists and photos can be found on his Instagram @vasjanzisi. He also had a lot of sold out shows and was nominated for best promoter in an award show in Albania!
Vas knew when he moved here he did not want to stop the work he was doing over in Albania. Vas did a couple radio interviews to help build up his connections in the United States. Some of the shows Vas has been on are “Show me what u got radio, Amir Max Podcast, and also IHeart Radio Promo.”
Since doing these interviews Vas has worked with some of the hottest artists in the United States music industry, such as Dababy, Young M.A., Tory Lanez, Pop Smoke, Megan Thee Stallion and many more! Vas mentions he also promotes artists on his instagram. His profile has been posted by artists such as Jay Critch, Dababy, Pop Smoke, and King Von, and Albanian artists such as Enca, Noizy, Butrint Imeri and many more. Vas’ instagram account currently has 159k followers and rising.