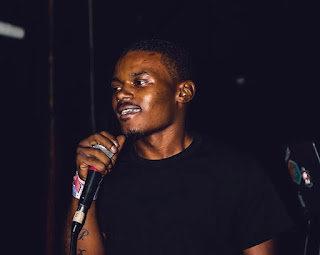 Inspired by a close friend who passed away a few years ago, YRN Bex has a reason to be motivated with his music. Before his friend passed, Bex told him that he would be able to listen to his music one day, as music was one of the things his friend loved the most. YRN Bex has been able to open for artists such as Kingvon, and Tyler Loyal. YRN Bex has been performing at a lot of shows this year around the Boston area and plans on continuing to do so this year.
YRN Bex mentions his music is very unique, he wants his music to hear his story and where he came from in life. YRN Bex says “I can’t really say my music you can’t compare because I ain’t saying what everyone else is saying I’m really trying let y’all hear where I’m coming from.”
This year, you should expect YRN Bex to be doing a lot more shows in Boston. He also says to expect a lot more music this year, as well as being active on his social media platforms. He wants his fans to stay tuned to what he has in store for the industry in the future!