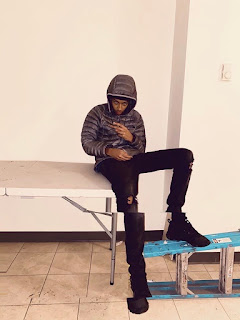 On May 2nd, 2019, Ablizzy released his first song called “Switched Up”. Ablizzy found music as a way to express himself. He mentions that he had a lot of things that he went through. He believed that the things he went through needed to be heard because he felt someone else could be going through the same exact things he was dealing with. Ablizzy also has a close friend that really encouraged him to express himself by making music.
Abilzzy told us that recently he has had a couple of artists reaching out for features, as well as having a strong fanbase backing him. Over the past year, Ablizzy has also been able to do a few performances.
Ablizzy releases his music knowing how he is unique, mentioning “My music stands out because I’m not really like anyone else.” Ablizzy has his own style and his own unique way of doing things with his music. Ablizzy wants his fans to be excited for new music dropping soon, as he has already established himself with songs such as Don’t Understand and Play Me.