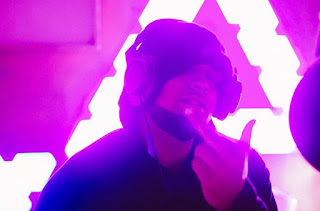 BStacks has always been very self motivated. Most artists will say they were inspired by other artists when they first started making music, however, B-Stacks said “Myself because i liked how my voice sounded on the tracks i was making” He started taking rap seriously in early 2018, but he was always rapping with his friends when they would hang out.
In BStacks’ short career so far, he has been able to rack up over 60k streams on SoundCloud, with his top three songs being “Lost it” “Simple Times” and “For Two.” BStacks credits some of this from being able to make his music known all around the country and not just Boston. He also credits his sound as he says “ I have a different sound than artists from where I’m from.” This Summer, BStacks plans on dropping a bunch of new music videos, as well as a new tape.
BStacks constantly stays loyal to the people around him. BStacks has known his producer FrankoOnTheBeat since “since we was shortys on the block playin ball.” BStacks also mentions his close friend Tizzy. BStacks and Tizzy have been a solid duo on songs they have made together. BStacks and Tizzy plan on continuing to collaborate in the futur