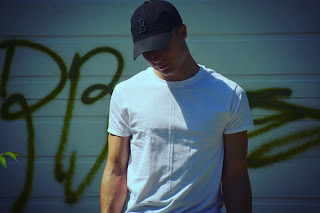 As a senior in highschool, Kid Nix fell in love with music. Halfway through his senior year he decided he wanted to pursue music as a career and made sure to take it seriously. Kid Nix said “I created my own studio in my basement and began recording whenever I had the time. Over time, I have improved my skills as an engineer and just recording in general and I continue to do what I love everyday.”
Kid Nix credits his parents for helping him discover music. His parents went to high school in the mid to late 1990’s and he was born in 2001, he says “therefore I was exposed to a lot of Pop, R&B, and Hip Hop at a really young age.” Kid Nix has been impacted by a lot of artists, such as Will Smith, Mase, Justin Timberlake, and Michael Jackson, however, nobody has impacted him more than Chris Brown. Kid Nix says “I was seven years old when Chris Brown released his second album, which inspired me to take initiative to listen to his music in my own time. Chris Brown is definitely my biggest inspiration when it comes to making music and his influence is present in each of my songs.
In late 2019, Kid Nix went on a trip to Los Angeles. He said “It was an eye opening experience to have the opportunity to see a completely different music culture. When I returned to Massachusetts, I had a completely different mentality towards music and a whole new perspective.” Since then, Kid Nix has been working really hard on his music. He has released his latest mixtape called “Coming For the Throne” and he decided to drop out of school to follow his dreams with his music career. Kid Nix said “I honestly felt like nothing could stop me from working day in and day out. I feel as if sometimes artists nowadays are just looking to make a hit, which I respect, but for me I am always going to stay true to myself.
Every song Kid Nix makes, he always makes sure it stems from his personal experiences. Kid Nix mentions “in the near future, my fans should expect a whole variety of new sounds from me.” Some of these sounds include some music you would listen to before a big game, he describes it as “fight music.” Kid Nix says “one of my main purposes when I write music is to motivate the people who listen, so my fans can expect a lot more inspiration to come from my sounds.” Kid Nix also has some pop music where he will talk about his love life.
Kid Nix works closely with his friends jakeputmeon and 157Owen. Jake focuses on the business side of the music industry. Before Kid Nix took rap seriously, he would rap on his phone with his friends. Jakeputmeon was one of those friends. They have been by each other's side through everything and they push each other when it comes to music. Kid Nix’s other friend 157Owen both have the same goal which is to put Hanson, Massachusetts on the map. They both work very well together and they have released a lot of music together.
Kid Nix is an artist that will work as hard if not harder than anyone else around him to achieve his dream. He plans on achieving all of his goals and he is not going to let anything get in the way of him doing so.