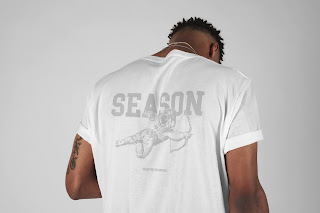 Kingfrom98 is a very well known artist from Boston. He has combined for over 300,000 streams on SoundCloud and co-headlined a show with Tyler Loyal at Sonia in Cambridge. Kingfrom98 hasn’t been rapping for as long as most people think. He started about three years ago in early 2017 during his first semester in college. He was inspired by Drake, Lil Wayne, and A Boogie to start his music career.
When asked what opportunity has been his biggest in his career, Kingfrom98 responded with “is the opportunity to work with Dj Khaled's team. They’ve been helping me take my career to the next level and I’ll be forever grateful.” Many big names in music have been able to work with DJ Khaled throughout their careers, and Kingfrom98 knows how big of an opportunity working with DJ Khaled’s team can give him.
Kingfrom98 has been able to make his sound known throughout Boston. He said “I think what makes my music stand out compared to other artists is the tone and relatable topics I put into my songs. My music is meant to make the listener feel something or receive a message. It’s not just about the “turn up” for me.” Kingfrom98 will always speak from the heart in his music, as music is where his heart is. Kingfrom98 plans on releasing a “flood of new music and other pieces of content.” He also plans on traveling a lot more once COVID-19 dies out.
There are a lot of people and places that mean a lot to Kingfrom98, such as his friends who support his music. He said “ My brothers know their value to me and it’s all love with my guys.” Kingfrom98 is very excited about the music talent that is in the city of Boston. He said “The culture here is buzzin and it’s ready to pop. There’s a lot of talent in the city that the world has to see. I’m gonna do my part to make that happen.”