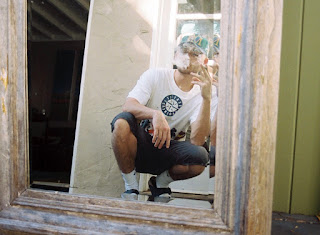 As a young kid Jack Karowak would always write music, by the age of 10, he really started to fill up his notebook and started to think of rap names. By the time he was 14, he started to record. He mentioned “I was really inspired by people like Biggie, Nas, Mos def, and Ye. I was huge on the New York boom bap sound and the cinematic soundscape quality that ye provided with projects like graduation. Also I was obsessed with the movie School of rock. Seeing a bunch of kids tear shit up like that had me like “fuck I wanna do that”. I used to have dreams about showing up to school the next day and it was all about rap.”
Jack has been able to release songs such as “Home” and “All My Life,” which combine for over 150,000 streams on SoundCloud. This has led Jack to receive some label offers and be able to sit in meetings with some of the people who helped push the sounds of his childhood. He also mentions “what I’d consider to be my biggest opportunities are the collaborations with people who see the potential in me and what I want to do. Those are the moments that allow me to grow into the artist I want to be and manifest all the work that I’ve dreamt about creating.”
When it comes to Jack’s music he knows that it is honest and he always pays extreme attention to detail. He said the purpose of his music is “to heal and bring you to a state of being that is just enjoyable. I wanna create timeless music and moments for people to live in.” In the near future, Jack plans on releasing a lot of new music. He has dropped two projects recently as he says “I kinda stayed in album mode.” For now, he plans on dropping more often and consistently, with some new collabs. He also said “TMOTMU Merch and the first video off the project are on the way.”
Throughout his career, Jack has been able to surround himself with people who have supported him through his entire journey. He said “My boy Zacc has been with me every step of the way. Ever since freshman year of high school, any creative idea I have I run by him cause I know his input is only gonna move me forward as an artist. I also have endless love and appreciation for my engineer Brad Feeney and my Producer David Walker. They’ve both given me all the time and patience in the world in helping me bring my ideas to life. Without those 3 homies, I wouldn’t be who I am today.”