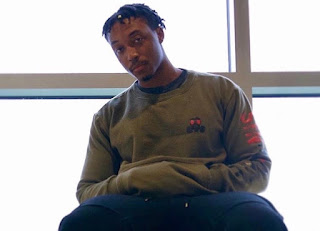 As an artist, John Batista wants to be one that puts meaning into each of his songs. He is inspired by artists such as The Notorious B.I.G., Joey Bada$$, J. Cole, and A Tribe Called Quest. The Notorious B.I.G. most inspired him; he goes on to say, “The Notorious B.I.G. The way he was able to spit and put imagery so vividly in your head was mind blowing to me! Biggie made me want to story tell and make people feel with my music. He made me realize just how powerful music was. It’s a power I want to obtain.” John Batista started rapping in 2015 with a few close friends. They initially started by satire rapping, but soon realized they could take it seriously. Since then, John Batista has released songs such as “KING JOHN” and “NECESSITIES.”
When it comes to releasing his music, John Batista takes a quality over quantity approach. He mentions, “ I would rather spend a year on one song than putting out 200 mediocre tracks just for the sake of saying I have more songs. The more music I make, the better it gets.” John Batista also likes to diversify his music. He is always able to change his sound and says, “ I have a track for almost every mood. I take elements from lots of different music genres when I make songs, and you can hear it if you listen carefully. My creativity makes me different. I like to call myself an audio painter. Sometimes I call myself a sonic visualizer.”
Last year, John Batista was able to go on tour, he credited putting a lot of people on to his music and helping him gain new fans. He mentions, “Having people that genuinely like your craft is such an important thing to have as an artist. They basically are the winds that push your sailboat. Your sailboat being your music career.” John Batista is excited for more opportunities to perform soon, as he feels it will help him continue to pick up even more fans.
Like most artists, John Batista has a right-hand man. For him, this is his friend Jon aka J Capital man. J Capital man is always there for John; he says, “He always sends me beats to rap to and tells me, “this is definitely your type of beat; I know you can rip this.” And 9/10 times he’s correct lol on my last project he found a few of those beats for me and the minute I heard them I loved them.” Another person who has helped John Batista with his career is Naya, aka Lil’ Mama. He mentions, “She always keeps me in the right direction in terms of music content. I’m a very scatterbrained individual, so whenever I wanna stray off or work on another project, she always keeps me focused on what I’m working on. She always tells me I have to finish what I start, so I don’t lose motivation to finish it.”
One of the things John Batista is proud to be a part of is the Boston music scene. He describes Boston as a canvas and says, “Boston is known for 2 things: it’s sports and our medicine. Although we’re known for those things, Boston is still creating an image for itself in terms of the arts. Right now, Boston has a very interesting sound, and you can hear it on all of the artists that come from Boston. For me, Boston is an amazing picture that is slowly coming together, and I’m so honored to be able to help paint this picture for the world to see.” John Batista plans to continue to release new music, and he is looking forward to meeting new fans that will follow him on his journey.