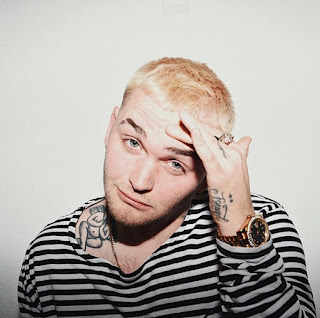 Once Justin Clancy listened to the album “Get Rich or Die Trying,” he knew he wanted to rap. At the age of 8, Justin started writing music. He mentioned, “as a kid, I used to have a little Yamaha keyboard with specs on it that would give me a metronome and a drum beat.” This keyboard helped Justin with his writing skills and has helped get him to the position he is at today. When Justin was 15, he would travel into Boston for ciphers where he would freestyle with other local artists.
This past October, Justin decided to move from Boston to LA. He mentioned that the transition was not the transition was not the easiest. He decided on LA as he realized “In Boston, outside of social media there is such a ceiling to hit, and once you hit that certain ceiling it's like it's time to go where you can go some more, in LA there is so much growth to be done.” He also mentioned that you also don’t have to leave the city to make it, Justin continues to say “don’t get me wrong with the power of social media you have guys like Token who didn’t have to outsource.”
Throughout Justin’s career, he has released songs such as “The Bottom Line” and “TV Dinner,” which have accumulated over 700,000 streams on Spotify. However, not as many people know about Justin’s work behind the scenes. He helps write songs, some of which have ended up on movie soundtracks and he has also written songs for commercials that are broadcasted nationwide. Justin mentioned, “I do a lot of writing when I am not releasing music of my own.” He also says, “writers run the world, everyone’s favorite artists have a writer. It is all a game of leverage.”
Every day Justin is able to wake up, and he is grateful he can do so. He says, “The biggest opportunity in my career so far is just being able to wake up every day and having a new chance to create something beautiful.” As time continues, Justin plans to keep working hard and make “the best music that I’ve ever made before.”