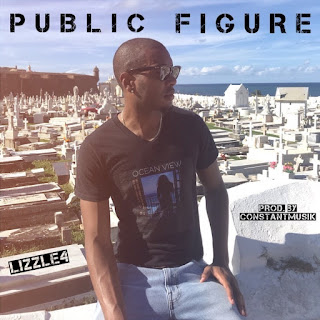 Lizzle4 is more than just an artist. He is a leader. He is a teacher, coach, and has a master’s degree in educational leadership. Lizzle4 wrote his first song in 5th grade. One of his teachers, who is also one of his mentors named Terry West, used to freestyle for his students. That inspired Lizzle4 to go home and “write some bars for him.” Lizzle4 says, “I rapped my bars, and everyone went crazy, and from that moment, I knew I wanted to continue to learn about music.” Outside of him rapping to his teacher and classmates, Lizzle4 is inspired by other artists such as Jay-Z, DMX, Meek Mill, Drake, and Lil Wayne. He also credits himself for starting to rap. Lizzle4 has believed in himself, which gave him the motivation to rap and continue to make music.
So far, in Lizzle4’s career, he has released one album as well as other hit songs. The album was titled “Ocean View” and has over 400,000 streams on SoundCloud. One of the songs that wasn’t on the album was “Here To Stay,” which is the song that has led to some of Lizzle4’s most significant opportunities. Lizzle4 says, “My biggest music opportunities thus far have been for completely opposite reasons. I was asked to sing my hit single, “Here To Stay” at both a funeral and a wedding for friends. Those days are such meaningful days to friends and family, and I was honored that I had been selected to help brighten up moments for my people.”
The City of Cambridge is very special to Lizzle4. He teaches full time in their school system and is a college coach for the MIT Men’s Volleyball team. Cambridge means a lot to Lizzle4; he says, “Cambridge means EVERYTHING to me. I wanna be that Public Figure out of Cambridge, that real leader. The artist that people can look at and are proud to say that’s our guy. I was born and raised here, and I will raise my children here as well. I wanna make Cambridge proud without signing a deal or standing next to people just because their social media is poppin. There is something about being a true independent artist that lives in this city that tells me if I stay on my stuff, I’ll make it to exactly where I want to be.” As a teacher in the City, Lizzle4 always makes sure his music is something the kids he teaches can listen to. He enjoys his students being able to listen to his music, and this has been able to give him a platform to perform at schools all over the world. Lizzle4 goes on to say “I’m about to turn it up, all the way up to new heights. God Bless, We’ll be alright, let’s make sure we continue to stay together because, in the end, we are all we got.”
With Lizzle4’s new album “Public Figure” releasing today, he is very grateful for the people that have had any part in its creation. He credits Constant Musik as Lizzle4 says, “Constant Musik has stepped up tremendously, providing me with EVERY SINGLE BEAT on my new Public Figure Album.” He is also happy he has always had his GSIDE brothers (George, Skeeter, Isaiah, Devon, Elon) by his side since high school, as they all have been making music together since MySpace. Lastly, his closest friend, Rose. Lizzle4 has known her since high school as well. To Lizzle4, Rose is “my manager, girlfriend, and future everything.” Lizzle4 goes on to mention, “My music career is a huge part of my life now, and she (Rose) has walked back in and helped me improve literally every aspect of my life. I only named a few, but there are a whole bunch, and I wouldn’t be anywhere without them.”
With his new album out now, Lizzle4 hopes everyone who reads this will check it out. He says, “my fans should expect to turn up with me during these tough times. I am cautious of everything that is going on around me, and at the point, I feel that I can give my people a real energy to jump behind. I am going to continue to stand up for the youth, for my people, and for myself. Expect another album and at least 5 music videos by the end of 2020!” Make sure to also check out Lizzle4’s website  www.lizzle4.com and Instagram @lizzle_4.