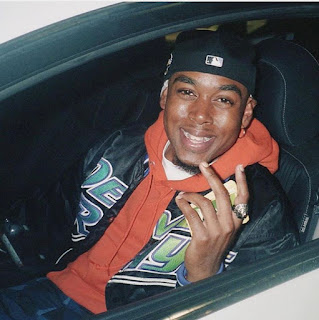 “Oooowwweeeee!” is a signature sound that you will hear in almost every OG Swaggerdick song. OG Swaggerdick started to record music towards the end of 2011, but mentioned: “it started off as a joke.” However, OG Swaggerdick decided to take music seriously and has released songs such as “Super Sonic” and “Fuck Donald Trump,” which have combined for over 900,000 streams on Spotify. In August 2019, OG Swaggerdick released “Views from the Dick” and was hosted by comedian Eric Andre and featured songs such as “London” and “Big Dip (Get the Guap)”
An artist that made OG Swaggerdick realize he could say anything while rapping was Lil B, but Lil B wasn’t the only person who inspired him to rap. OG Swaggerdick credits Tyler the Creator, A$AP Mob, and his cousins. OG Swaggerdick described his first time writing music saying, “I was having fun freestyling, so when I was in the studio with my cousin’s I just started writing one day cause why not.”
When OG Swaggerdick described his music, he said, “My music is me. It’s things I’ve been through, or motivational af with a little to a lot of satire as well. I produce a lot of my music too, so it’s really my world, my sound, my brain into melodies. It’s like you’re coming into my world.” While people are listening to OG Swaggerdick’s music and entering his world, his music has given him opportunities to travel around the world. He has been able to see beautiful places around the United States, such as the mountains in Utah and the Mall of America. He described traveling the world as his biggest opportunity in music. Being able to go to these places and meet the people that support him “is just a great opportunity in its own.”
OG Swaggerdick has been able to surround himself with great people to help guide him throughout his music career. When asked about people who have helped him with his music career, he said, “honestly all my friends, from my manager Tim Larew who’s actually one of my best friends, Michael Christmas one of my best friends too and a Cousin Stizz. We all came up together, so we got each other always.”
OG Swaggerdick is one of the most recognized figures in Boston music-wise. Boston is home and so much more for OG Swaggerdick. When describing Boston’s music scene, OG Swaggerdick said, “It has no identity when it comes to HipHop, so it kinda gave me a blank sponge canvas where I can just absorb everything I loved and was inspired by in my childhood and bring it all to life now.” OG Swaggerdick plans on continuing to bring his childhood alive as he has more music and visuals, as well as some big things that he is very excited for.