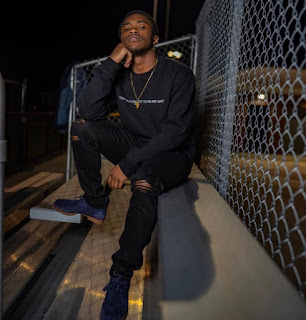 At only 18 years old, Seefour opened for artists such as Tyga, Clinton Sparks, Jay Rock, and Reason at one of Boston’s new music venues Big Night Live and the Middle East. Music has always been a part of Seefour’s life; he mentions, “I remember being 6/7 years old singing Ray Charles “Mess Around” in my mother’s work van.” Seefour started to make his music at the age of 12, and the next year he began to record it professionally.
When it comes to inspiration, Seefour looks at his own life and his personality. Seefour says, “My cousin that passed did music as well, and that fuels me a lot. Wanting a better life for myself is another one I want to live my life through my dream and still say something before I go. Like a prophet. When it comes down to the artist, I listen to everything from Funk, Jazz, Hip Hop, Pop, Rock, so inspiration comes from everywhere on the musical side.”
When it comes to his music, Seefour is known for his versatility and stage presence. He takes everything he does very seriously. Seefour says, “I take pride in putting the same pain into my music on stage. Music has always been my first love, and that’s how I treat it. I believe that craft will only get better. But for where I’m at now, I’m skilled, unmatched in energy, and ready.” You can notice Seefour’s versatility in his new music video for his song “On God.” This song is one of the best songs a Boston artist has released in 2020, and Seefour can show off his skills throughout the entire video.
Seefour has been able to put a picture together of what he wants in life. He credits teaming with ExpozedTV for helping him do that. Expozed TV is a multimedia entertainment network that helps find undiscovered talent. Since they have discovered Seefour, the opportunities have been endless for him. Another place Seefour is grateful for is Boston. Seefour says, “Boston means Unity to me. There’s so many greats that have come out of Boston and Mass as a whole. but I’ve moved around a lot, and Brockton was when I kinda spread my wings, and from there, it was nothing but love everywhere.”
For the future, Seefour plans to grow and evolve as a person and an artist. He says it will be “spiritually, musically, and mentally.” For now, make sure to watch the music video for his song “On God” as well as stream all of his other music that is out now.