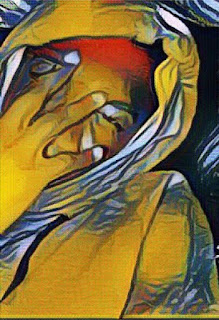 With songs such as “On The Floor '' and “224 Love featuring Yung Sebby,” Young Trizzley has been able to get himself noticed by artists such as SIRKING and traedakidd. Young Trizzley has only been rapping since last summer and has a lot for his fans to be excited about. He has an EP titled “Dark Hour,” which is dropping very soon. On this EP, Young Trizzley will express himself and talk about past experiences from his life.
When describing his music, Young Trizzley says, “I’m really versatile and have different flows.” Even with the few songs he has released, you can hear how his songs have a strong meaning behind them and show off his multifaceted talent.
Young Trizzley has always kept the people around him very tight-knit. He credits his cousin Amanda, as well as his friend Sebastian for inspiring him to rap. He is also grateful to have his friend Winmard by his side, as he has helped him a lot since he started rapping. With the attention, Young Trizzley has already received, and an EP dropping soon, he is excited for the opportunities the future will bring him.