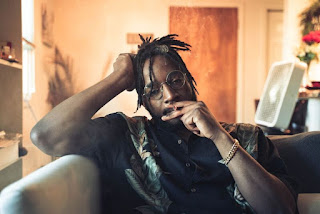 In the summer of 2008, Austin Fair’s cousin Humbeats received a video game as a gift. It was that game that got Humbeats to start making beats on his PS2, which Austin Fair soon would help provide vocals too. Every summer, Austin would spend weeks at his cousin's house, and they eventually released their first song together, titled “Knockout.”
Austin Fair’s inspiration comes from a sense of the way the times flow. Austin says, “ I like to look at it in the sense of my timeline. As a kid, I was inspired mostly by RnB music, that early 2000’s radio sound that dominated my childhood, Usher, Neyo, Alicia Keys, Keyshia Cole, Mary J. Blige. Eventually, once I was exposed to Hip Hop, Bow Wow was the main artist in my CD player, Lil Wayne dominated my MP3 player, Soulja Boy taught us social media, Wiz Khalifa taught me how to make a mixtape. Jay Z taught me how to have a message and come up with impressive bars while still getting my point across.”
Throughout his career, Austin Fair has set goals for himself. One of them is to win a Boston Music Award. Austin is grateful for the opportunities he has had to push his music statewide. He says, “Boston’s embrace of my sound has given me the opportunity to shine more light on my area's talent, so I am forever grateful for that.” Austin is from Chicopee, Massachusetts, and he believes “we from the 413 are very under-appreciated. We have immense talent and several success stories.”
One thing Austin knows he has is confidence. You can notice this in each of his songs, whether it is a love song or a banger. However, Austin isn’t just an artist. He vlogs on youtube; he elaborated on it by saying, “in the future expect more visuals, short films, and more episodes of The Austin Fair Show(my Youtube vlog show). A little over a year ago, I started a career away from music in tv news on the production side. Over time I was given the opportunity to direct full newscasts and fell in love with that role. I want to truly show my skills as a director in the near future, so that is where my energy will go.”
Austin has a tight-knit group around him when it comes to his music. He named three people that truly stood out to him; they are Humbeats, VonSuave, and JayFrostt. Each one of them believes in Austin, and they are always by his side. Each one has played an enormous role in Austin's career when it comes to the little things or the big things to help promote his music. Austin has a lot planned for the future with his career, but until then, stream his music and check out the Austin Fair Show on YouTube.