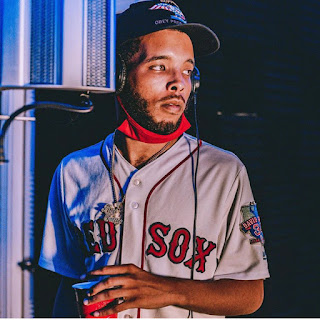 C. Wells has been able to represent his home city of Lynn in the best way possible. In his career, he has been able to release songs with G Herbo and Dave East, as well as have the opportunity to tour and release a song with Jay Critch. Throughout his entire life, C. Wells’ parents have always been very into music. C. Wells mentioned, “the music my parents listened to and heard them sing along to really amused me and inspired me to make music. In fact, my parents named me after the artist Christopher Williams himself.”
When C. Wells first started to rap, it was in 2002 at an after school program called “Gregg House.” After that, as a freshman in high school, C. Wells started to take music seriously and decided to pursue it as a career. C. Wells has had a very successful career so far, as he has over 200,000 streams as an artist, with his two biggest songs being “For The Paper” and “Off The Porch.”
Throughout C. Wells' career, he has had friends support his journey. He said, “close friends that have helped me through my music career whether they still are or not are Righteous, John Raye, Chy, Q, Ricky, & Trey I can think of off the top of my head played some positions in helping me along the way big or small.” In the future, C. Wells plans to release a lot of the music he has made; he said, “I have some heavy singles on the way. I plan on letting everything in the vault out very soon.”