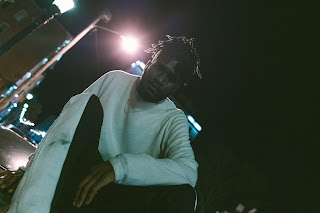 With just under 20,000 monthly Spotify listeners, Dorren Pierre is starting to make noise in the rap industry. His songs “Just a Little,” “California Burning,” and “Just Fun” have accumulated over 120,000 streams. Dorren first started making music at 18, but mentioned “I realized that I’ve been on a musical journey unknowingly my whole life.” Throughout his career, Dorren has been able to play many large and small venues, however, he believes his biggest opportunity in his career was meeting his engineer Dilli. He said meeting Dilli has “allowed me to have unlimited access to being creative and as an artist that’s priceless.
Everyday life is something that always inspires Dorren. Life has given Dorren the opportunity to make music which he is grateful for. The people around Dorren have also given him inspiration to keep pursuing his dream. He went more in depth and said “first my family because they’re brutally honest, so I know I’m always going to get the truth. Other than that you have Dilli my engineer, Yussuf Kassim Manzi who is a designer, Apollo who is a producer I’ve started making music with and obviously Tyrell my manager.” There is also an artist who has inspired Dorren, that is Big Sean. He was the artist that inspired Dorren to make music, he has been able to watch Big Sean grow since the beginning of his career and the way he keeps growing as an artist keeps Dorren motivated.
Dorren always tries to keep his music as real as possible, he describes it as “ just me, it’s a blend of the cultures I’m from and the genres I love. I’m not trying to follow what’s going on, I just create what I feel.” In the near future, Dorren plans on releasing more of everything. He said  “My fans can expect more of everything, music, videos, merch, and when the world opens back up definitely more shows.” Until then keep streaming his music and make sure to connect with Dorren on social media @dorrenpierre.