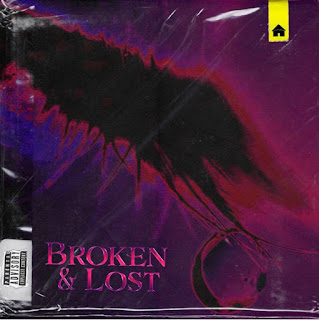 This past week, glvsshouse was handpicked by Pharell Williams to be featured on “IAM OTHER, VOLUME 1.” Now he is back with his new song titled “Broken and Lost.” He is able to talk about experiences in his life and shows off his talent. He talked about the track saying “ ‘Broken & Lost’ is raw to me. It captures a stage in my life where self-destruction and addiction shattered relationships (both) new and old. Hopefully, this is something other people can relate to.”

Make sure to check out the new song and to check him out on social media using the links below!

Vasjan Zisi: The Promoter Who is Making Big Moves In The Music Industry

December 10, 2019
VasJan, also known as Vas, moved to the United States from Albania last year. Since moving here he has made a quick impact in the Northeast. He had been a promoter at some of Albania’s best known clubs such as Cinco Cavalli and Folie Terrace. In his time in Albania he has met some of Albania’s most famous artists and photos can be found on his Instagram @vasjanzisi. He also had a lot of sold out shows and was nominated for best promoter in an award show in Albania! Vas knew when he moved here he did not want to stop the work he was doing over in Albania. Vas did a couple radio interviews to help build up his connections in the United States. Some of the shows Vas has been on are “Show me what u got radio, Amir Max Podcast, and also IHeart Radio Promo.”  Since doing these interviews Vas has worked with some of the hottest artists in the United States music industry, such as Dababy, Young M.A., Tory Lanez, Pop Smoke, Megan Thee Stallion and many more! Vas mentions he also promotes
Post a Comment
Read more

December 17, 2020
Starting to make music at the age of fifteen, Wavy Ry considers himself as more than a rapper. He is an artist. Wavy Ry describes music as “an art, not a trend.” At the beginning of this year, Wavy Ry was able to release a track called “Replace You” which featured Chief Keef’s Cousin Matti Baybee. Wavy Ry had the opportunity to take a trip and stay in LA for a while to get in the studio and network. While talking about the trip, he mentioned “ I came across Paramount studios and locked in a session. Paramount has had so many great musicians that have recorded there. literally some of the people I grew up listening to have recorded their best tracks in Paramount Studios. So being there and walking through that type of Atmosphere, seeing all the plaques on the Walls from Ice Cube and Lil Wayne to Guns N roses, Linkin Park, Flo-Rida, so any of them throwback 2000 vibes were made there it was just dope to be there and actually record a song in the same booth as Icons.” He was
Post a Comment
Read more

September 21, 2020
"Twenty-three-year-old Springfield rapper Championxiii, born Kayson Christopher Acuna, has garnered quite the Internet following nearly overnight. In what started out as a part of his video series “rappers be like” on the short video sharing app TikTok, Championxiii’s hit single “Becky” touched the global viral charts of Spotify while generating millions of streams across YouTube & Apple Music.          Inspired heavily by the music of the 80s, Championxiii kicked off his music career at the young age of 13 finding comfort in creating R&B, Rap and Spoken Word, which he shows flashes of across his 30-minute project Champion Status. Championxiii’s ceiling remains to be seen, but if the loads of fans rapping “Becky” on their Instagram stories is any indication, superstardom could be on the way." - Championxiii We had the opportunity to link up with Tik Tok star and CEO of Splash Championxiii. The Springfield, Massachusetts born rapper talks about his journey
Post a Comment
Read more