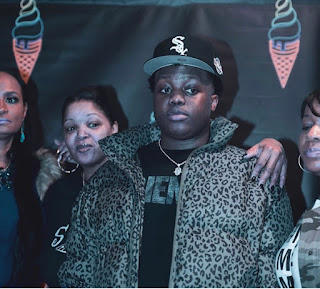 In 2016, IamTash started to make beats. He shared, “I started off with LogicPro then switched over to FL Studio. I had nobody to show my beats to so every beat I made; I posted to youtube.” Starting this YouTube channel was one of the decisions Tash could make. He now has over 80,000 subscribers and has credits from artists like Pop Smoke, Coi Leray, YBN Nahmir, Ugly God, Famous Dex, and many more.
Starting this YouTube channel helped artists like Pop Smoke discover him. Tash produced “What You Know Bout Love” on Pop Smoke’s posthumous album “Shoot For The Stars, Aim For The Moon” (which went #1 on Billboard in its first week released and is now RIAA certified gold) where the song has over 10 million streams on Spotify alone. Tash talked about this album, saying, “I've worked on songs that did numbers, but this is a part of music history.” He added, “I didn't really work with him; it happened through Youtube. I posted that beat two years ago, and it went kinda viral (because of that sample). Then I remember last year around this time, I kept seeing the song get reposted by people, and when I checked it out, it was my beat. I would've never expected him on that type of beat.”
Working on YouTube has also brought some unique trouble to Tash, he mentioned: “A few years back, a beat that I had on youtube did some numbers, and another producer stole the beat, claimed it was his, and sent it to Moneybagg yo & T.I, got all the credit, and I didn't see anything from that song.” Even though this happened to Tash, he was able to learn from this. He continues to post a lot of beats on YouTube as he says, “I built up a following on youtube, and it got me where I am today.”
Boston is a very special place to Tash. When talking about the city and the music scene, Tash says, “Boston is home, where I feel the most comfortable. I wish our music scene could grow, but we got to come together first and stop all the hating.” For the future, Tash plans to continue posting beats on YouTube and make sure to connect with Tash on social media @Iam.Tash.