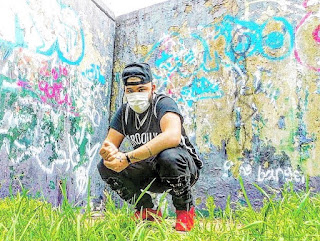 Two years ago when Kid Cea$e was out to eat his waiter happened to be a producer. At that dinner he talked to his waiter about music, and they soon collaborated to release Kid Cea$e’s first song titled “Black Lies” which has over 10,000 views. Kid Cea$e continued to mention “music was always a part of me but three years ago I lost my brother my best friend in an accident it really changed my whole life I started going down the wrong path and then finally I just started putting my pain into passion so losing him really inspired me to do the best I can do in life, not having a father or a male figure in my life I really had to teach myself everything coming up from nothing and I learned how to make my dreams come a reality.”
One of the songs Kid Cea$e has made when talking about his life is called “Don’t Take Your Life” and features Tyler Loyal. This song focused on suicide awareness and currently has over 300,000 streams. “Don’t Take Your Life” has made Kid Cea$e realize he is “touching people's lives” which is something he is grateful he could do.
Kid Cea$e knows his music stands out. He knows it is because of the message he puts into every song. He elaborates saying “I talk strictly about my life. My whole goal is to tell a story to everybody so that they can relate, not something that they can bump for three months and then get old. I want it to stick around.” Looking forward, Kid Cea$e has a lot of features coming that he is excited to have on his songs. He also has goals to change the rap game as he is “hungry and I’m ready to change it.”