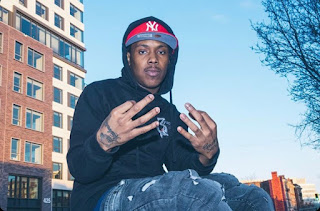 Once Chief Keef came up, Kusshmulla knew he wanted to make music. At the age of ten, Kusshmulla started rapping, and he and his brother started a group called 8-Hunna. However, this isn’t the only group Kussh has been a part of. Kusshmulla is part of ENTL, he signed with them two years ago, and everything has gone up for him since then. Kussh has worked with artists such as Casanova and has met G Herbo, Fabolous, and Blizzy Banks.
While working with Casanova, Kussh was able to learn a lot about the industry as well as himself as an artist. He continued by saying “When I worked with Casanova, he heard everybody's piece on the track and said “you’re different” he was telling me the way I rap is not like the average drill or Boston rapper, I have my own sound, so I kept going with that.”
Kussh’s music can be a mix of two types of music, pain, and drill, but he puts them into one. He elaborates on his sound saying, “I have a Chicago/New York sound, not a lot of Boston rappers sound like how I sound, so when people do hear me, some people sleep on it, or some people listen to what I’m saying.”
In the near future, Kusshmulla said, “I have two projects coming and an EP that is dropping in a few weeks titled G.O.A.T., I got a couple of things on the shelf, there’s a lot to expect.” Make sure to connect with Kussh on Instagram @kussh_entl and #FREEMYSHARKS.