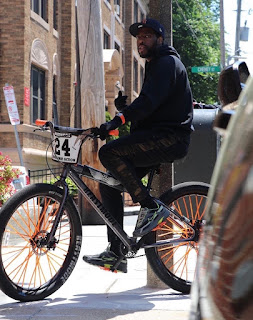 Emerging onto the Massachusetts rap scene is HAAWWS; he is from Roxbury, Massachusetts, and is finally taking his chance at music. Although HAAWWS has not released any music yet, he has a lot planned for the coming months. He is rumored to be releasing a track titled “24/7” in the coming weeks. Although the title is not confirmed, HAAWWS’ management talked about the track stating “this track explores the creativity of HAAWWS as he jumps in and out of pockets with his flow, he describes being pushed to the point he feels “this shit doesn’t stop, it just keeps going. You either make or break no in between, and sometimes there won’t be sleep.”
After this track is released, HAAWWS will release his first music videos on a couple of songs that have yet to be announced. He promises this will be a “strong debut for a visual.” Once these visuals are released, HAAWWS then plans to focus on his upcoming EP “Actually, I Haven’t Been Doing Very Well, Lately.” The EP is rumored to be nine tracks long and has had a lot of work put into it. HAAWWS states, “it took me a while, but I feel like I’ve got a solid set of tracks I wanna share and see what people think. Real raw raps, a lot of these are demos that we just decided are dope, and (we) got some much coming. I thought, why not. Plus, these days, the more music, the better right?” The release for this EP is currently set for October 31st, 2020, and several music videos and bonus content will be included with the EP.
As HAAWWS sets up for his rap debut, he is an artist from Massachusetts that everyone should keep their eye out. HAAWWS is going to come out swinging and will build momentum as he releases more music!