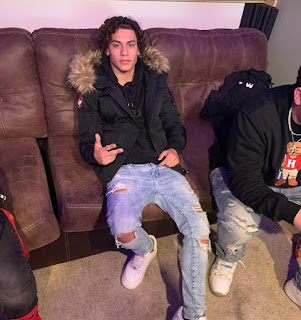 As a child, K.I.D.’s father always had music around the house. He would always see his father playing an instrument almost every time he saw him. This immediately got K.I.D. interested in music. He said, “I was practically born into music. I played the drums when I was three and had my dad teach me until I got the hang of it. but when I was 11, I started rapping and singing.” On July 3rd, K.I.D. released his newest song “Malibu” on all streaming platforms. The song is currently over 5,000 plays on Spotify, and closing in on 10,000 plays on all of the platforms.
K.I.D. has learned a lot from the people who genuinely care about him, from his manager, friends, and family; they have all played a big part in his music career. When talking about these people, K.I.D. said, “being surrounded by the people who motivate me and push me every day to reach my goals is the biggest opportunity I've received in my career. They would always tell me not to do wrong, stick to music, and be patient for my come up.”
With his new song “Malibu” having the success it has had thus far, this has helped K.I.D. gear up for the future. K.I.D. says, “In the near future my fans should expect a couple of shows, an EP that is coming in January or February, and a new drop-in September.” Until then, make sure to connect with K.I.D. (theofficial.kid) on Instagram and stream his music, which is available on all streaming platforms.