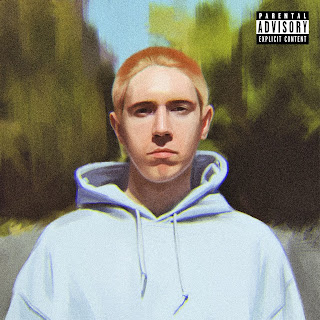 On July 31st, Cam Meekins released Lamp City 2, seven years after the release of Lamp City, which peaked at #3 on the iTunes Hip-Hop charts. With tracks like “Jack Bauer,” “George Foreman,” and “Right Now,” Cam Meekins has created another amazing album. Throughout his career, Cam has over 100 million streams on Spotify alone. The local Bostonian has shown how much potential the city has, and Cam will continue to inspire his fans and the people around him.

For people who do not know who you are, what do you want them to know about you?

I just want people to give the music a chance. I think if they do that they can get a sense for what I'm about and what the whole Lamp City brand is about. I want to inspire people to get the most that they can out of their own life. I feel that way because I myself want that too. I'm just trying to keep pushing and keep progressing in my life and music is my outlet to talk on that and to talk on everything I go through in life. If people can relate to that in a way that motivates them to do something I think it's a win win.

Who or what inspired you to make music?

I've always been drawn to music from a young age. I taught myself how to play guitar, piano, and eventually started making beats, then from there started rapping. I grew up on late 90's early 2000's hip hop so all of that stuff really shaped the artist I am and the taste that I have in my own music. But the reason I really had the courage to pursue a career in music is because I was in a jet-ski accident when I was 15 where I almost died, and that really changed my perspective on everything. Overnight, I had this new understanding that life is fragile and you have to live it the way you want to. That is the moment I decided to go all in on music.

After 7 years, why did you name your upcoming album Lamp City 2 and what does Lamp City mean?

You know it's hard to explain it just kind of felt right. I have made a lot of albums since the first Lamp City, and I never felt compelled to call any of them Lamp City 2, but this one felt so similar stylistically to Lamp City, that it felt right. I also think that Lamp City was kind of my first chapter in my career, and now 7 or 8 years later, I feel like I'm starting my second chapter with Lamp City 2. I tell a little more of the story here: https://medium.com/lamp-city/the-story-behind-lamp-city-2-e0b03f7a4be3

How does Lamp City 2 stand out compared to other albums you have released?

I really think this album is on another level production wise and lyrically I feel I have matured. I've matured in every way in my personal life and I think that naturally comes out now in the music I'm making today versus the music I made 5 years ago. So I really feel this music is elevated and bigger, but I also feel it has the same style as some of my older stuff.

What is your favorite track off Lamp City 2?

Man... that's so hard to say. Right now I really love Jack Bauer, but George Foreman is one of my favorites too and I think that is one that will be slept on for a while. I wrote George Foreman for me. I just wanted to have a song like that on the album that I could play on Spotify while I drive around in my car. It gets me motivated to take on my week with whatever I got going on business-wise. To me that song is like a pump up song before a battle or a sports game. Not a lot of people know this yet but I have some investments in different start ups, and I wrote that George Foreman song almost as a pump up song for myself going into these different business deals. That was just the headspace I was in at the time. Sometimes you need to shake things up.

Is there a difference making music in LA compared to Boston?

Definitely. There's just such a cultural difference in the two cities that it's bound to come out in the music. Generally I think music that's made in LA for me always feels more chill and bright, whereas stuff I've made in Boston feels like a cold Boston winter day. I like both sounds and I think I'll always go back and forth making music in both places because Boston will always be home for me.

Throughout your career, what are some of your favorite memories to look back on?

So many. I feel so blessed to have the support of the Lamp City Fam it is the sole reason I have been able to do anything I have accomplished in my life, and it's the reason for any good memories in my career. The best memories are just the random experiences around the country doing shows and getting to really see what every city is about. I love being in any city in America and finding the best food spots. I don't want to do the tourist shit I want to experience what the people that live there feel like on a day to day. I got to do that a lot being on tour with Mike Stud and Huey Mack. They're the homies for sure. Early on in my career the first time going to Canada to do a show was a great memory. Leaving the country to perform, even though it wasn't technically that far away, was just an amazing feeling.