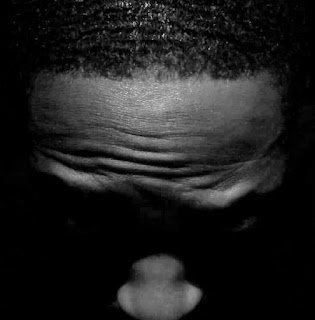 When Slime Luciano first started to rap, he was strictly a battle rapper. He would go toe to toe with rappers from nearby neighborhoods, and they would rap while onlookers would bet on who would win the battle. However, once he turned 17, he started to write his own music. He mentioned, “I was fortunate enough to be around Boston hip hop emcees like "T-Funk" of joint ventures, and also "Joe SMPTE." He produced my 1st song from scratch, and we recorded it in 45 minutes. From that day on, I started to take making music a little more serious.”
On Slime Luciano’s most recent LP “Slimeball Muzik,” he had the opportunity to do a song with Havoc from the group Mobb Deep. “Slimeball Muzik” was also produced by Lexosyl, who currently resides in France. Working with him brought in a lot of international attention, creating an entirely new Slime Luciano fan group.
In his music, Slime Luciano stays true to his roots. He explained, “my music is real, raw, gritty, militant, with emphatic statements, deep messages that resonate with the inner-city communities, and those who can relate to the cloth I'm cut from.” The area around him has also inspired Slime Luciano. When talking about his home city of Boston, he said, “Boston is my heart and inspiration! Boston is in my blood; it is in my DNA. Even though the politics in the city is F**ked up and the crab in the barrel mentality remains prevalent. I still love my city and am willing to work with, break bread with any dope artist where the discrepancy is not major. I know it's bigger than me, and in order for the city to grow, I know you have to put business first.
The future is very bright for Slime Luciano. He is currently working on a couple of projects, with one of them being released very soon! He also mentioned, “I am also about to get in the lab and complete a full collaboration LP with fellow Boston Hip Hop artist "RawChild DaProduct" titled "Dorchesters Most Wanted.” You can stay updated with Slime Luciano and all of his music at http://threez-n-treezent.com/.