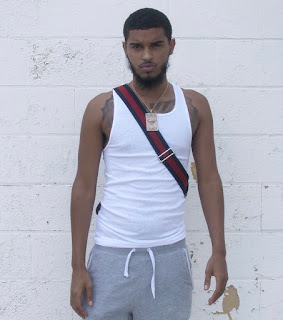 One of Boston’s best up and coming artists is Suffolk County Inc. artist TDrape. He only started rapping three or four years ago but has made waves in the music industry. He is currently most known for his songs “100 Racks,” which features Calboy, “My Life,” and “No Comment,” which, when combined, accumulate to over one million streams.
TDrape has always been inspired by the city around him. When asked what inspired him to start music, he replied, “Growing up in the neighborhood I come from. There’s I don’t want to say too much poverty, but there are people of color I want to make a change.” He continued to express his love for the city, saying, “Boston means everything. It's the best city; it's where I come from, it's my life right here. So I’m trying to turn shit up. Boston is where it's at; it's my city.”
While working on songs, TDrape has been able to learn from the people around him. One person he has had the opportunity to work with up close and personal is Calboy. He learned a lot from Calboy, mentioning how “being focused, grinding, putting that work in. Making sure you are always in the studio recording, overall, just put your heart in that shit, staying on the grind dedicated to the passion will lead you to success in the industry.”
On September 25th, TDrape will be releasing his next tape, “Facing Indictment.” When talking about this tape, TDrape knows he will show off his versatility on the tape and hit all moods with his listeners. He also mentioned, “There is a big feature on there, that could be a big hit. I have two features on there, but I got a really big feature on there, though. I’m dropping 14 records on it, there’s some heartfelt music on there, and it goes through some trials and tribulations.” Until “Facing Indictment” drops on September 25th, make sure to continue to stream TDrape’s music using the links below!