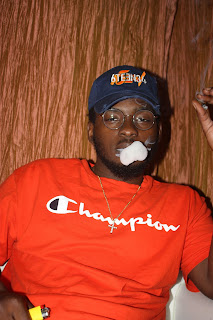 When Young Cautii was in elementary school, he knew he wanted to be a rapper. His cousin moved to Boston from California, they became very close. Every day before school, Young Cautii’s cousin would play him instrumental beats on the way to the bus. This motivated him to finish his schoolwork early so he could write lyrics in his notebook. Since then, Young Cautii has been able to release songs with impressive numbers. He currently has three songs on Spotify with over 100,000 streams.

Mentioning Young Cautii’s songs with big numbers, he couldn’t do it alone. His career changed positively when he met his producer FiFi. He said “He's a Boston based engineer but takes his talents all over the world. When I started to work with him he helped me perfect my sound as an artist which is key to your existence in the music industry. His spaced out, futuristic trap soul beats plus my personal melodic, catchy delivery, and lyrics helped me create songs like “Phone,” “One Night,” and “Freak” to name a few. Quickly we racked up over 50k monthly listeners on Spotify in just a few months. I am very thankful for our teamwork.

Young Cautii plans to continue his momentum from his singles by soon releasing visuals for them. However, this isn’t the only thing he has in store for his fans. When the pandemic ends, he hopes to go on tour and play in front of his fans. He also hopes to expand his fan base by touring in other states. This is an opportunity Young Cautii hopes to get because he knows he will prosper when he hits the stage. Until this pandemic ends, keep streaming Young Cautii’s music, and make sure to keep in touch with him on Instagram @youngcautii.