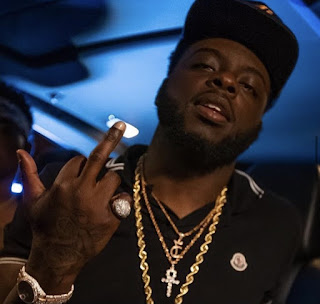 Representing Massachusetts to the best of its ability is something Fasscoupe takes very seriously, and that is something he has done very well. From opening to Lil Uzi Vert at back to back sold-out dates at the House of Blues to working with the likes of Lil Baby and Rich the Kid, Fasscoupe has been able to bring Massachusetts’ underground rap to the spotlight.

Fasscoupe began to make music in 2014 and was inspired by his older brother to do so. He mentioned “My older brother used to play CD’s around the house, he would play Dipset, G-Unit, and more. That is how I started to fall in love with hip-hop.”

Something Fasscoupe has credited to his success thus far is his experience in the music industry. He continued with “I am able to give something that really has no expiration date on it. To leave a legacy for people to follow or admire.” These experiences have been able to come from some of the biggest names in music, especially from when he worked on his track “Pray For” which features one of hip-hop’s biggest artists Lil Baby. Fasscoupe explained “When I worked with Lil Baby, I realized that he doesn’t write, and I was trying to write. He noticed that and he told me to just go in there and freestyle. On the record, my first couple bars on the record are freestyle, but after that I freestyle it.”

Recently, Fasscoupe has released singles with Massachusetts artist Millyz, and $tupid Young. However, these singles are not the only thing Fasscoupe has planned. In the near future, Fasscoupe plans on releasing the deluxe version of his most recent project “Hood Mascot.” He continued saying “I’m rebooting the last project Hood Mascot, going to give it to the people who did not have a chance to hear it and give people some new records who have heard it.” With Fasscoupe quickly on the rise, make sure to check out his music which is available on all platforms, and keep an eye out for the deluxe version of “Hood Mascot.”