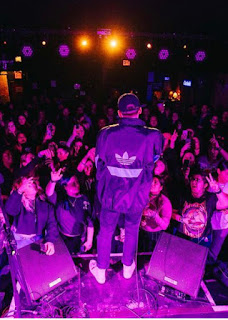 From New York, Francc is an artist anyone from the Boston area needs to pay attention to and add to their playlists. Francc’s sound is a mix of hip-hop, pop, and EDM, and has seen quick success with the music he has released. With songs such as “Timezones,” “Past Due,” and his most recent single “Between Us,” Francc has been able to accumulate over 550,000 streams on Spotify alone.

In August of 2019, Francc released his first project on all streaming platforms. The project was titled “Raw Therapy,” and songs such as “Up 2 Something,” “Love It When,” and “Out of Mind.” This project was something that was very important to Francc as he described it in an Instagram post saying “I made this music because at the time, in the moment, this music made me feel alive. It healed, it motivated, it was FUN, it was WHOLE.”

Francc is someone who is familiar with Massachusetts talent, even being from New York. This past December, Francc had the opportunity to go on tour with Boston’s Boy Sammy Adams, playing shows in Boston, New Jersey, and New York. Francc has also had the opportunity to perform with Dylan Reese, Lost Kings, The Holdup, and Ryan Oakes. Francc is an artist that is quickly making his name known in the music industry. Make sure to stream his music which is on all platforms and connect with him on Instagram @francc_musicc.