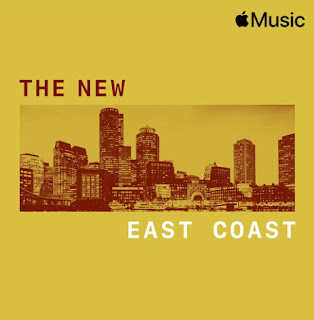 On February 3rd, 2021 Apple Music launched three new regional playlists for hip-hop scenes in the Midwest, East Coast, and the Pacific Northwest. Specifically for the East Coast Playlist, it showcases artists from Boston, Rhode Island, and more. Apple Music’s Global Editorial Head of Hip-Hop and R&B stated “Launching these three new regionally-focused playlists allows us to shine a light on the vibrant local communities producing some of the most progressive sounds in hip-hop, It’s always been a priority to connect with artists and listeners at the community level as we champion discovery and emerging artists from across the map.” Continuing from Apple Music executives, programmer Cyle “Zini” Tahsini stated “Regional hip hop scenes have only grown in importance over the years and we’re confident these new playlists will help spotlight tomorrow’s superstars by giving them a global platform. We’re excited to accelerate discovery and connect artists with new fans.”

For a long time, saying “East Coast rap” was just another way of saying “New York rap”—understandable, given how seismic an impact the city had and continues to have on the culture. But while New York will always make waves, there are also incredibly fertile scenes in Philadelphia, Boston, New Jersey, Rhode Island, and beyond—a fact that life in the digital age has made clearer (and more accessible) than ever. So consider this playlist a rack focus: a broader look at a region that has been too narrowly defined for too long. From Maryland to Maine, radiating off I-95 here’s what’s happening in (ahem) East Coast rap now.