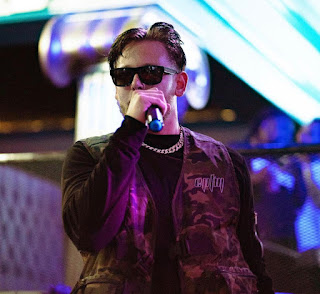 Three years ago, YLM Forest started recording music. Since then has had many opportunities in the industry, including “assisting in Shooting a music video for Teflon of M.O.P. DJ Premier funded the video at Arthur Kills Correctional facility, the same place where Orange is the Black was filmed. I also edited the Don Julio music video for Termanology UFO Fev and Nems.”

YLM Forest has also created some buzz with his music with his tracks “Muddy Cup” and “Gusherz.” YLM Forest knows how to learn from the artists that inspired him along the way. These artists are Lil Wayne, Wiz Khalifa, Mac Miller, Young Thug, Lupe Fiasco, Coldplay, Tool, and Metallica. With these artists being such a diverse blend, he learns from these artists and uses his unique talents to incorporate many different sounds into his music.

YLM Forest has a lot planned for this year, including many visuals and great music this year, along with continuing to work with his friends and music colleagues SebiiCeleb (who Forest just dropped a 3 track EP with), DB Beats, RjTv508, Watsynfilmz, @jakkdenny, @toobig_the_alien, @lotherapper, @poundareplay, @badguyaffiliated and @rudeboydondon