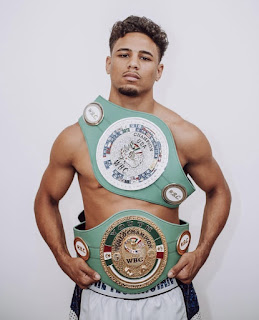 Jamaine Ortiz is a professional boxer from Worcester, Massachusetts with a record of 14-0-1 with 8 KOs. Ortiz’s first professional win was on May 13th, 2016 over Josh Parker, and his most recent professional win was for the vacant World Boxing Council United States (USNBC) Silver Light Title, over Sulaiman Segawa on the undercard of the Mike Tyson vs. Roy Jones Jr. PPV on November 28th, 2020. Jamaine’s most recent fight was against Joseph Adorno and resulted in a draw. Jamaine is also a real estate agent and consistently works to help the Worcester community.